from Gateway Pundit of February 10th

A federal judge ruled on Friday the US government can include citizenship question on the US Census.
It makes complete sense so Democrats are against it.

It also affects how much federal funding the sanctuary communities will receive from American taxpayers.
So, of course, Democrats are against this. 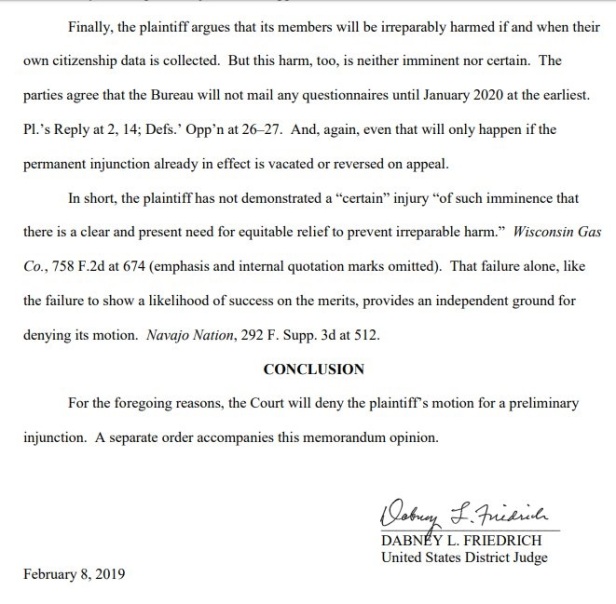 A federal judge ruled late Friday she is unconvinced of an immediate need to block a citizenship question from the 2020 census over privacy concerns.

The group argued that the US Census Bureau was required to complete a privacy impact assessment before Commerce Secretary Wilbur Ross announced the addition of the question.

In response, the government acknowledged it is required to update its privacy impact assessments, but must do so before collecting census responses, rather than before deciding what questions would appear.