Ed. Of COURSE there is skepticism. Budget cuts inevitably mean fewer dollars flowing to potential voters. As Democrats can only exist through the purchase of votes, budget cuts represent a threat to their power.

The following article appeared in the Daily Signal on October 18th

With the federal budget deficit reaching $779 billion, President Donald Trump is asking Cabinet members to cut spending in their departments by 5 percent next fiscal year.

Because such trimming is hardly slashing the total budget, however, some experts question whether that even will make a difference in fiscal 2020, which will begin Oct. 1, 2019.

The national debt is more than $21 trillion.

“We’re going to ask every Cabinet secretary to cut 5 percent for next year,” Trump said Wednesday during a Cabinet meeting.

The president, asked about increases in defense spending, said: “The military was falling apart, it was depleted, it was in very bad shape.”

Given the $779 billion budget deficit, and a 13 percent increase in discretionary spending from 2017 to 2018, each department should be able to cut 5 percent, said Justin Bogie, senior policy analyst in fiscal affairs for The Heritage Foundation.

Federal spending is also set to increase by more than 3 percent from 2018 to 2019. Congress and federal agencies should adhere to the 2011 Budget Control Act, which limits the growth in spending, Bogie said.

“Congress should stick to the current discretionary budget caps and, moving forward, should look to implement a cap on all spending,” Bogie told The Daily Signal. “We support defense spending to the level needed. But if you increase it, you should find a way to pay for it through cuts elsewhere.”

The president acknowledged that some fiscal hawks likely won’t believe a 5 percent cut is enough.

“Some will say I can do much more than 5 [percent],” Trump said during the Cabinet meeting, but added: “It will get rid of the fat, get rid of the waste. It’ll have a huge impact.”

Such a cut is achievable, since government spending increased by 16 percent in the previous two years, said Maya MacGuineas, president of the nonprofit Committee for a Responsible Federal Budget. 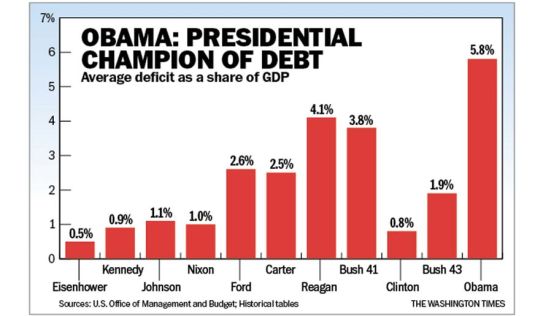 “We should be able to scale back one-third of that, easily,” MacGuineas said in a prepared statement. “A 5 percent cut will actually cost money, though, since current law brings back budget caps next year that equal a 10 percent cut. So going with 5 percent over 10 percent means a $63 billion deficit increase just for a single year.”

Something will have to give if we stay on our current track. With trillion-dollar deficits returning in as soon as a year—indefinitely—5 percent budget cuts to a small portion of the budget will pale in comparison to what will be needed in 15 years.

Thoughtful reforms phased in now over time will be much better for the American people and economic growth.

Some Cabinet members previously ran large organizations and will have some expertise in managing waste, said Tom Schatz, president of the nonprofit Citizens Against Government Waste.

“This is better than nothing, but we’d like to see more,” Schatz told The Daily Signal. “It’s achievable. We’d rather see a 10 percent cut.”

“If this was the Trump Organization,” Schatz said of the president, “he could say he wants a 10 percent cut and employees would come back with 15 percent. But given how government works, 5 percent is a good start.”